The Samsung Galaxy S21 Ultra will have six cameras 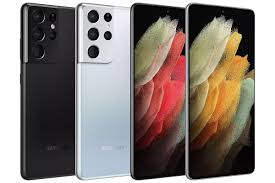 Today, we have another Galaxy S21 leak, which seems to confirm some of the specs that have been floating around, published by WinFuture. Information about and images of Samsung’s upcoming Galaxy S21-series phones have been landing almost daily in the run-up to Samsung’s January event. With this newest leak, we now have a better idea of what to expect — especially in the camera department. In short, the hardware appears to be a big part of Samsung’s plan to take on the highly capable iPhone 12 Pro Max.

The S21’s 10x lens will use a folded optic design like that of the S20’s telephoto camera. We expect that Samsung will once again offer hybrid zoom that reaches much farther than that 10x optical range.

Some other subtle camera updates look to be on the way, too. The main 108-megapixel camera gets a slightly wider 24mm (versus 26mm) equivalent lens. It will also get laser-assisted autofocus: something that the S20 Ultra didn’t offer but the Note 20 Ultra later introduced. And WinFuture says that despite the main camera sensor’s on-paper similarities to the last generation, this is a new sensor that should offer better image quality than the last.

Samsung will need every advantage to compete with the iPhone 12 Pro Max, which we think is the best smartphone camera on the market today. Historically, Samsung has taken more of a hardware-heavy approach to mobile imaging, increasingly using its own house-made sensors rather than grabbing Sony’s off the shelf, and being early to adopt dual- and triple-lens cameras on its devices.

Part of the reason Samsung has leaned so hard into advanced hardware is that its computational photography hasn’t kept up with either Apple or Google. Only recently has it come up to par with features like Night Mode. But now it’s another year, and there’s more work to be done to catch up to the iPhone 12 Pro Max.

Video may prove to be grounds for Samsung to level the playing field with Apple, too. It’s one area where software can only do so much without the right hardware behind it. Samsung has usually had big specs to tout when it comes to video — the S21 Ultra will offer 8K recording to the 12 Pro Max’s 4K — but the proof will be in the footage. Samsung says it’s committed to continuing to push its capabilities in this area.

There are a few notable non-camera-related details in WinFuture’s report. These specs confirm a 6.8-inch display with variable refresh rates from one to 120Hz, a battery-saving move also adopted from the Note 20 Ultra. There’s also S Pen support, which will be sold separately.

Samsung will also follow Apple’s lead by shipping the S21 devices without wall chargers in the box. The company will probably, like Apple, cite the environmental benefits as the motivation for this change, though cynics among us will note that it’s also beneficial to each company’s bottom line. But the reduction of e-waste is no doubt a good thing, and Samsung’s use of USB-C rather than a proprietary connector scores it even more environmental bonus points.

Your Home IS SMARTER With SwitchBot

Next Nvidia GPU Could be the RTX 3060 Ti

GoGeek is a brand new European independent technology news and reviews website. Our core focus is PC systems and components, mobile devices, smart home electronics, audio and video devices, cameras and TVs, so we should be able to cater for all your tech needs.